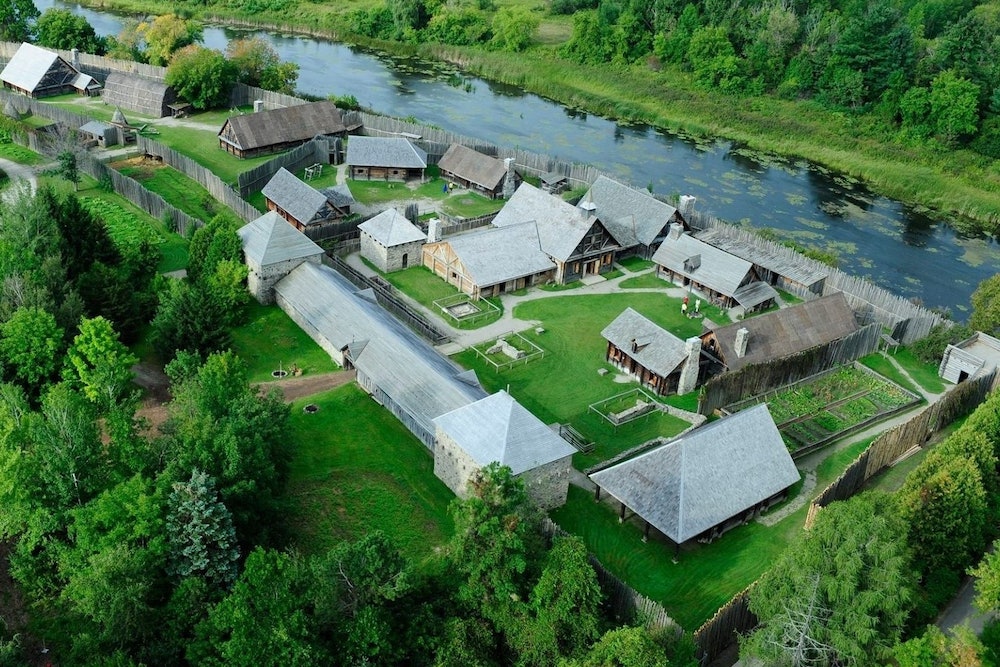 Ontario’s first European Community, Sainte-Marie among the Hurons was the headquarters for the Jesuit Mission to the Huron Wendat people. In 1639, the Jesuits, along with French lay workers, began construction of a community that included barracks, a church, workshops, residences, and a sheltered area for Indigenous visitors. By 1648, Sainte-Marie was a wilderness home to 66 French men, representing one-fifth of the entire population of New France. Sainte-Marie's brief history ended in 1649, when members of the mission community were forced to abandon and burn their home of nearly ten years. After extensive archaeological and historical research, Sainte-Marie among the Hurons is now recreated on its original site, where the mission’s compelling story is brought to life.